Secret tunnels, hidden tube stations and ghost trains. This is not a scene from the latest Bond movie, but an insight into a long-forgotten London.

Yet next month, Londoners will have a chance to visit some of these hidden warrens below the capital. Down Street station, between Green Park and Hyde Park on the Piccadilly Line, opened in 1907, but closed in 1932, because of lack of use. In WWII, it was used by Winston Churchill and his cabinet as a place of safety during the Blitz.

There will be tours of Down Street, Euston station – the lost tunnels, and Clapham South – subterranean shelter. Some 17,000 tickets will be released to the public on April 20 (www.ltmuseum.co.uk/whats-on/hidden-london). Tours take place from May 7, and are included in the London Transport Museum’s Hidden London season.

Then next year, the subterranean Mail Rail that closed about a decade ago will open to the public. It was once used by the Royal Mail to transport post from Paddington to Whitechapel. At 70ft below ground, the 22 miles of track, snakes its way below the surface. Entry is expected to cost £9, but for an additional £5.50, visitors will be able to ride on the railway, too (http://postalmuseum.org/).

The Mail Rail belongs to a forgotten era. Deep beneath the city, this fascinating world awaits. It is a London that is buried beneath our feet. There are literally dozens of abandoned tunnels and underground stations, all over the city. Many of them have captivating stories attached.

Another intriguing part of hidden London is the Kingsway Telephone Exchange, originally a WWII air-raid shelter, underneath Chancery Lane tube station. It then became part of a top-secret communications network in the case of nuclear attack. This was not open to the public, but housed real Post Office workers, said to enjoy a drink at a bar that is 60 metres below street level – quite a thought.

Many of us have heard of the River Fleet (from Hampstead and Highgate ponds to the River Thames) and the Tyburn (from South Hampstead to the Thames). But there is another river that ebbs and flows its way beneath the capital. Enter the Westbourne.

Sloane Square tube station is awash with commuters, standing on the platforms, waiting for their next train to arrive. They read their iPhones and copies of Metro before squeezing into the trains. But a distant nod to the past lies above their heads.

When most of us look up or glance along the tracks, we will probably miss it. Yet someone who has spotted the hidden river is Melanie Backe-Hansen. The house historian usually researches homes’ above ground, but also shares a passion for forgotten London.

“The river runs through an iron culvert from one side of the station to the other,” explains Melanie. “It is part of its long journey, leading from Whitestone Pond in Hampstead down into the Serpentine’s lake before it makes its way beneath Chelsea and underneath Sloane Square. Eventually, it leads to the Thames beside Chelsea Bridge. It’s like something from Harry Potter– hidden, secret and magical. Everyone wants to catch a glimpse of this subterranean world.”

Clearly, there is no shortage of disused or abandoned networks. They are a timeless tribute to our past. Sometimes they were used as a place of refuge, while other times, they were used to transport people or post. We look back with an air of nostalgia, but they must have been terrifying places during darker times, too.

Today though, for those with a love of history, they offer a fascinating snapshot of life beneath our city’s streets. Sometimes, somewhere, a whole raft of people come together to create something special. Hidden London is one of those special places. 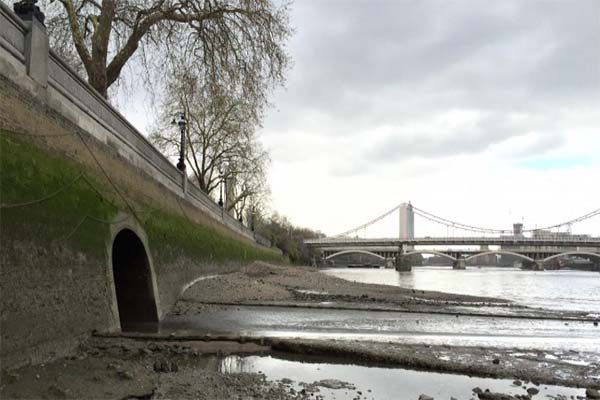