Belgravia is famous the world over for Eaton Square and Belgrave Square, but there are other hidden gems waiting to be discovered: The Wiltons. A collection of streets minutes from Hyde Park in one direction and all the shopping, eating or entertainment in the other. Wilton Crescent is one of the grandest addresses in London, and the other Wilton streets do not lag far behind. Here is the Henry & James mini-guide to ‘Wiltonia’.

Q: Who was Wilton?

A: We are often asked this question. He certainly left his mark on Belgravia. Some of our clients believe that Wilton must have been a seriously big cheese, a titan of English history, right up there with Nelson and Churchill.

In fact, the original Wilton – Thomas Egerton, 2nd Earl of Wilton (1799-1882) – was a comparatively unknown member of the British aristocracy. Yet he was a scion of the Grosvenor family, who laid the foundations of modern Belgravia in the early nineteenth century, so managed to get his name on numerous streets in the area. There is Wilton Crescent, Wilton Row, Wilton Place, Wilton Street, Wilton Mews and Wilton Terrace, all located between Belgrave Square and Hyde Park. And what streets they are!

A: The roll-call of former residents includes Earl Mountbatten of Burma, the engineer George Rennie, the writer Quentin Crewe – all of whom lived on Wilton Crescent – and the actress Lillie Langtry, who lived at No. 8 Wilton Place.

Q: Why live in the Wiltons?

A: It is simple. If you have buildings of breath-taking architectural quality in a prime central London location, within walking distance of Harrods, Hyde Park and the West End, they will be a magnet for investors from all over the world. The Wiltons are all located near Hyde Park and the designer stores in and around Motcomb Street, too.

Q: How much should you expect to pay?

A: A one-bedroom flat on Wilton Mews, say, might set you back around £1 million, but there are not many flats in the area, which mainly comprises terraced houses. For a three-bedroom house, you might pay around £4 million. At the top end, particularly on Wilton Crescent, the sky is the limit. In 2015, a 10-bedroom property on the crescent came on the market for £34.5 million, while renting a six-bedroom property on Wilton Place would set you back around £5,000 per week.

A: Both the legendary Grenadier on Wilton Row – which dates back to 1720 and is reputedly haunted – and the Wilton Arms, a Victorian mews pub on Kinnerton Street – are rich, in historical ambience. If you fancy a funky cocktail rather than a heritage pint, the recently refurbished Berkeley Hotel, on the corner of Wilton Place and Knightsbridge, will not disappoint.

A: Just head west towards Knightsbridge or south towards Sloane Square and the King’s Road and you are spoilt for choice. There is everything from Pucci (www.sloane-street.co.uk/stores/emilio-pucci) to Peter Jones (www.johnlewis.com/our-shops/peter-jones).

Q: Who would make the ideal Wiltonian?

A: Someone with a healthy bank balance, obviously. But also someone who appreciates the grace and tranquillity at the heart of a great city which is the essence of Belgravia. 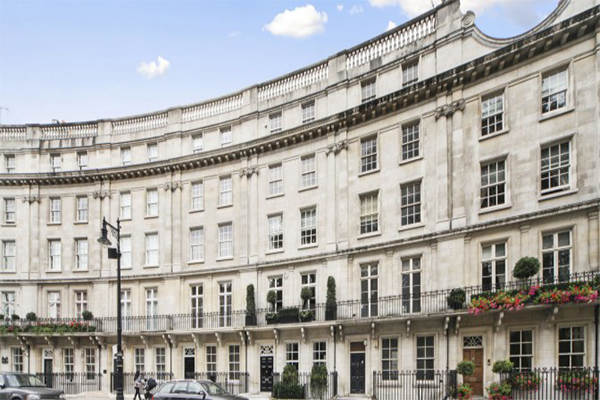