Ticking all the right boxes: the best boxsets to watch this winter

Property is not all about house hunting and searching for your next investment, it’s also a place to call home. On these cold winter evenings, there is nothing more comforting than curling up on a sofa for a night of binge-watching your favourite television series. From Netflix Originals such as Stranger Things and The Crown, to Amazon’s The Grand Tour, or the big budget dramas on BBC iPlayer; there has never been more choice for a good night in.

As more and more people ‘cut the cable’ to stream content on iPads and Smart TVs, the boxset is on the rise. Here Henry & James’ sales and lettings teams pick their favourite boxsets from Peaky Blinders to Breaking Bad.

“A gangster epic set in 1919 Birmingham which follows a family mob who rule the streets of Birmingham with a razor blade. Their fierce but clever boss Tommy Shelby will stop at nothing to make the Shelby family name the most feared and loved in Britain.”

“High school chemistry teacher, Walter White, is diagnosed with terminal lung cancer and makes a desperate bid to earn as much money as he can in the time he has left by turning to a life of crime to secure his family’s future. It’s just celebrated its 10th anniversary, with the first episode airing in January 2008 but with a string of awards to its name it’s a must see.”

Harry Berry: Only Fools and Horses

“Sometimes the classics are just the best. It is actually a close-run thing between this and ‘Friends’, but the old school British humour just wins out as the perfect way to unwind after a day in the office. The extra bonus of course is that being a salesman myself it is a pleasure to watch the master at work and pick up some useful tips, if I can. Nobody does it better than Del Boy, he is simply inspiring and this time next year we will be millionaires.”

“A gripping BBC series and certainly relevant with the changes to anti-money laundering regulations estate agents now have to go through. A very entertaining storyline where James Norton tries to save his business through a fraud investment and now the criminals are after him and his family. How will it end?”

“A brilliant boxset that has got me through the last month. Fascinating to watch and learn about the early days of Queen Elizabeth’s reign including her wedding to Prince Philip and coronation and how she balanced life as a mother and wife with her responsibilities as Monarch. Very much looking forward to starting Series 2.”

“Set in a struggling paper business in Pennsylvania, this documentary style comedy series follows the highs and lows of the office environment to which everyone can relate. And at its centre is the sad, offensive, attention-seeking boss Michael Scott, played by genius Steve Carell, who can make you laugh, cringe and cry all in one episode. You may think it’s similar to the UK series (which I also love) but with 201 episodes, it can keep you going for hours on those rainy duvet days.”

“The medical drama House is my favourite box set, despite watching it through my fingers during every single surgical procedure. The brilliant Hugh Laurie fooled the producers in his audition who believed that he was actually American. He made the show for eight seasons and the series finished with a fantastic final episode in 2012.”

“The greatest box set of all time? It has to be close. The number of famous actors, the number of actors it has made famous, the budget, the graphics, the sheer scale and multitude of story lines all so wonderfully interwoven, nothing else I have ever watched compares. It is fantasy at its best, truly providing another world that you can escape into completely and utterly. In fact, all too often you find yourself still awake at four in the morning fighting white walkers or plotting the down fall of a rival.”

“A thrilling police drama set in Baltimore with an amazing cast of characters. Each season explores a different aspect of the city whilst pushing the story forward.” 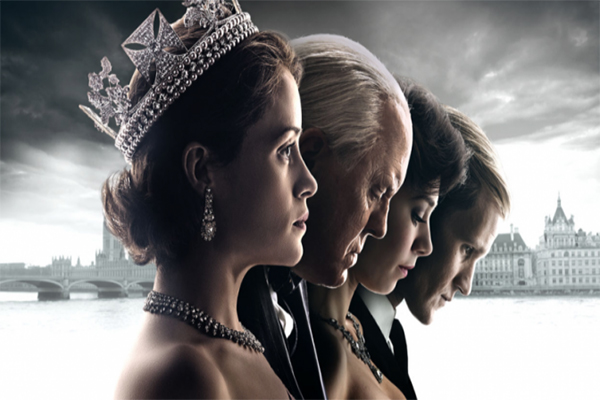