South Kensington attracts some of the world’s most famous artists and authors. Oscar Wilde, Beatrix Potter and Sir JM Barrie were all former residents of this exclusive part of south west London.

Now an apartment that would suit a celebrity lifestyle, or anyone with a passion for interior design, has just come on the market. From the outside, Malvern Court is an architectural gem, featuring an attractive redbrick building with an elegant facade.

Inside, there are contemporary touches that would not look out of place in a five-star hotel. Newly-refurbished communal hallways lead to a glass-fronted lift that whisks residents to the third floor of this portered block. Harry Berry (Sales Manager) and Charles Sheldon (Senior Sales Negotiator) of Henry & James take us behind the scenes of the £3,250,000 apartment.

Where is the apartment located?

The apartment is located beside Onslow Square, London SW7. White-stucco 19th century homes make their mark on arguably one of the best addresses in South Kensington. The communal gardens nearby are an oasis of calm away from the hustle and bustle of London life. “It’s a place to relax or meet friends. There are trees to the front and back of the property, creating a country feel in town,” says Harry Berry. 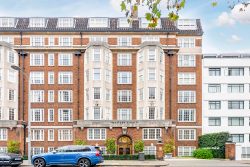 Has the area changed much over the years?

“South Kensington has undergone a major revival in the past five years. The newly-pedestrianised area has only added to the appeal with its combination of café culture and local bakeries,” adds Harry Berry.

Historical buildings can still be found almost on every corner in this popular part of London. Look out for a range of architectural styles from cobbled streets with pastel coloured mews houses and Georgian gems, to Victorian villas and art deco mansion blocks. The variety of architectural styles adds to the overall appeal of South Kensington.

What makes this property special?

“Malvern Court is one of our best interior designed properties of 2018,” adds Harry Berry. “The level of finish is unique with plenty of character throughout. There is an Italian marble bathroom, a curved wood and glass wall separating the dining room from the bedrooms, plus a south-west facing reception room that is filled with natural light.” 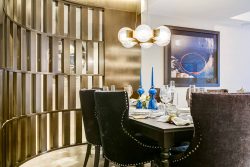 Are there any other unusual features?

The apartment has a gel fireplace, marble television surround and herringbone floor. This is where contemporary style meets traditional cool. If you want inspiration to standout in a competitive market, this property is a good example in the capital. 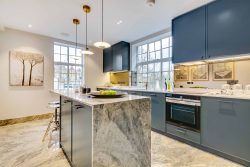 Are there any schools nearby?

“This corner of London has always appealed to an international jet-set, thanks to the Lycee Francais Charles de Gaulle de Londre (http://www.lyceefrancais.org.uk/) on Cromwell Road,” says Charles Sheldon. “It is a co-educational primary and secondary independent day school. The V&A Museum (www.vam.ac.uk) and Natural History Museum (www.nhm.ac.uk/) are both nearby, too.”

How close is public transport?

Who do you think will buy this apartment?

“A young couple who are looking to start a family will probably buy this apartment,” adds Charles Sheldon. “There are three bedrooms and three en-suites, so there will be no waiting for the bathroom before the school run in the morning.” 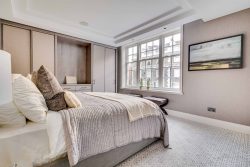 Whoever buys Malvern Court, will own a slice of history. Its life started in the 20th century, but its future remains firmly in the present. 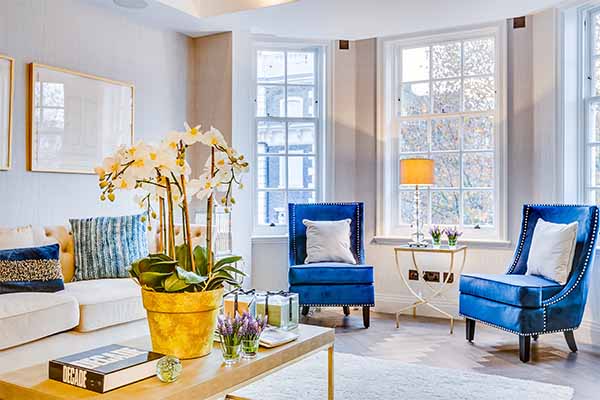