Meet one of our current vendors Maria Grinter, television broadcaster and fashion designer. Here she discusses her £80,000 Swarovski crystal bathroom, her star-studded life and beautiful home for sale on Elvaston Place, London SW7.

Q: Tell us a little about yourself?

A: I am a retired Polish TV broadcaster, who came to London in 1976. Since then, I obtained an Equity Card and have appeared in numerous television programmes with known actors, including Ian McShane in Lovejoy, David Suchet in Poirot and I also starred in the comedy, Hale & Pace. I have been involved in other business ventures over the years across various industries, including owning a beauty salon in Knightsbridge and within interior and fashion design.

Q: What appealed to you about this property?

A: I like Kensington with its beautiful architecture. You are very close to lots of places here, whether it is Harrods and Harvey Nichols for shopping, or Hyde Park for its green open spaces. There are also many great restaurants nearby as well as great events at the Royal Albert Hall. London is one of the most beautiful cities in the world.

A: Simple but elegant: warm, light and bright.

Q: How long have you lived here?

A: I have lived on this street for more than 40 years, living in this flat for 35 years.

A: I spotted a Swarovski Crystal chandelier in Beverly Hills about 15 years ago. The design was amazing with unusual shaped leaves and intricate details. The Chandelier was worth around $13,000. I very foolishly did not buy it there, and then when I returned, it had already been sold. I extensively searched for it and whilst I never found that specific chandelier again, I discovered many other Swarovski items that inspired me to create my bathroom.

Q: Your bathroom must be one of the most unusual in London. How long did it take to create?

Q: How much is a bathroom like this worth?

Q: Is this your first interior decorating project?

A: No, I have designed many other projects, mainly for friends over the years.

Q: How often do you clean the crystals?

A: I have them dusted down along with the entire flat once a week, sometimes using a damp cloth to keep them extra sparkly.

Q: Who are your favourite designers at the moment or in the past?

A: There are so many design trends and designers. Over the last few years, I have really enjoyed Moschino’s unusual, quirky designs. However, for pure elegance and chic throughout the years, I have always admired and worn Christian Dior, Chanel, Versace and Armani. I remember, I was going to a pre-Oscar party in Beverly Hills years ago, so bought a new Jean Paul Gautier jacket in Paris especially for the occasion. Joan Rivers was at the same party, wearing the same jacket. She bought hers in Beverly Hills. We both thought the jacket was a one-off.  We had a good laugh about it.  She was a lovely person and a great character.

Q: What else do you make with crystals?

A: There are almost a limitless amount of objects that can be adorned with Swarovski crystals from furniture to ornaments, or clothing. I make a few Swarovski crystal decanters, which are usually presents for friends. I gave one to Will Ferrell, who I met at his charity party in Palm Springs. I must say, he is exactly the same in real life as he is in films: funny, friendly and entertaining.

Q: What will you miss most about the apartment?

A: That is a good question. The flat has been a big part of my life for many years. I have a lot of great memories of wonderful and successful times in my life whilst residing here.

Q: Where will you live next?

A: I am going to join my son in Beverly Hills in Los Angeles.

Q: Who will your flat and particularly the bathroom appeal to?

A: The flat is very light and bright in design. It will appeal to anyone who appreciates a little glamour in their lives.

Q: You have created one of the most unusual bathrooms in the world. Do you have any other ambitions?

A: Yes, perhaps in the future, I would like to have a small role in a film written and/or produced by my son. I also play poker as a hobby and wouldn’t mind winning the World Series of Poker Main Event with the unique Diamond Bracelet that comes with it. 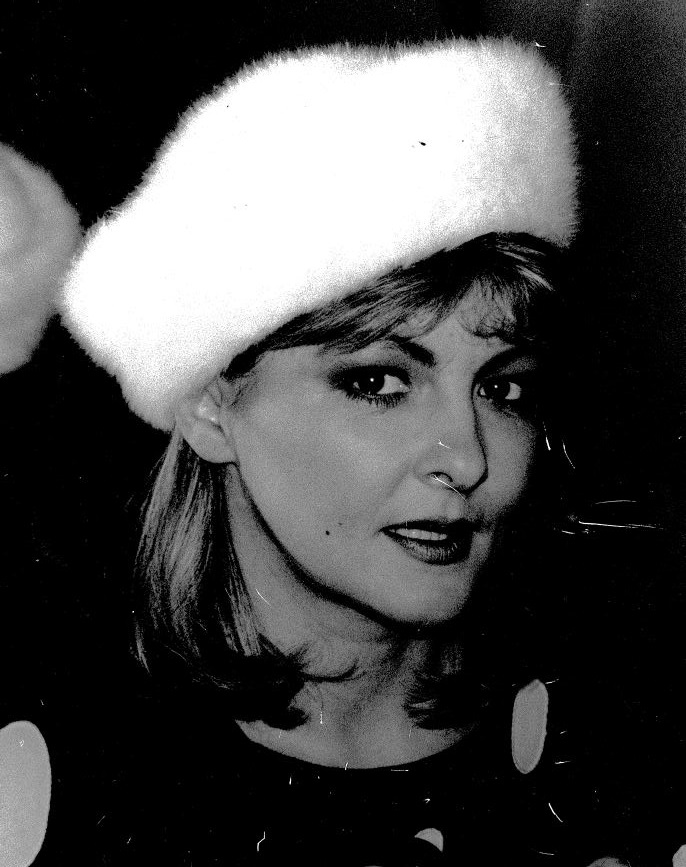