As a new series of House Doctor returns to Channel 5, the designer and presenter Tracy Metro talks about her love of houseboats, Futuro spaceships and reveals which celebrity home she would most like to makeover.

A: I began doing interior design when I was a teenager. My parents were just crazy enough to think that I knew what I was doing, so they let me design the makeover of my childhood bathroom. It was pretty creative, if I do say so myself… I did a whipped cream kind of Venetian plaster, fresco effect on the walls that held up stylistically until they sold the house. Then, I went to New York University, where I studied theatre and set design.  After realising I loved being in front of the camera as much as I loved making spaces pretty, I knew I’d found my niche with designing homes both on and off camera.

Q: What attracts you to home makeovers?

A: I love figuring out “who” people are and then bringing to life a living space which is reflective of the owners.

Q: If you could transform anyone’s home, who would it be?

A: Oooooh, interesting question. Vivienne Westwood! Her designs are so bold, colorful, fashion-forward and a bit mad that I’d hope she’d be up for a similar kind of madness in her home. After all, I believe homes are an outward expression of who we are on the inside. Call me Vivienne.

A: As I’ve lived in the UK for the past six months while working on House Doctor, I’ve left my husband, Marty, and our dog, Bernie, at home in Los Angeles. So I can say without question, I’d be bringing them along. Life is nothing without those that you love (and who make you laugh). I’d bring a knife because you always need to cut things… leaves to make a bed on which to nap, fish to prepare a meal and tree branches to fashion an SOS sign. I would also bring some fizz, because we’d probably make a bonfire while waiting for help, so it’d be nice to have a romantic night by the fire enjoying a coconut full of fizz!

A: The question should be what don’t I like about London. As an American, I love all that is different to the way in which I live in the States. I love wandering through town and discovering a hidden passageway that leads to a new little street that’s chock-a-block full of restaurants and pubs that could have easily been missed if your head was down in your phone.  My creative juices get flowing when walking along one of the many olde-worlde, cobblestone streets peppered with buildings, dating back hundreds of years, then seeing a modern building which has sprouted up just behind. I love the idea of old and new coexisting. In a home, I think that blending makes a space feel layered and real.  And, the Mews! Oh, the Mews! More than anything, I really really do love the people of London!   What a nice and welcoming lot of people I’ve met along the way.

Q: Tell us a little about the new House Doctor series on Channel 5?

A: For many folks, their home is their primary and biggest investment. Once they’ve decided they are ready to sell that home, they want to do it immediately. However, that “comfy pair of slippers” you’ve been living in do not always project the “patent leather pumps” somebody else wants to buy. Therefore for some, realising a quick and profitable sale isn’t always the reality.  On House Doctor, we help those homeowners by making-over a few rooms, in the hopes that our redesign helps to shift their property. Essentially, we help people upsize or downsize, and above all, move on to pastures new.  The best part is: what we’re doing is working. Our designs have resulted in previously stagnant homes selling.

Q: What is one of the funniest scenes in the new series?

A: Backstory: We were helping a lovely couple that was hoping to downsize from their stylistically dated, grand home. The property, which had been on the market for close to a year, had elements that were lovely — classic William Morris wallpaper, original wood paneled walls and working servant’s bell ring system. Unfortunately, it simply wasn’t selling because the window pelmets were obscuring the natural light, and the home felt a bit fussy for today’s young family buyer, who was the property’s target audience.  We were redoing one of the bedrooms… which had a shower inside the bedroom!  I found a shower smack in the middle of a bedroom to be so bizarre as, in America, that just would never happen.

Actuality: On House Doctor, we enjoyed very long working days to get our makeovers just right, and this day was no exception. With our makeover magicians, I was in the bedroom and found a shower cap tucked away in the bedside table. So, naturally I thought I would put it on, hop in the shower and make everybody chuckle in an effort to keep spirits high. As I did so, I must have been a little punch-drunk with lack of sleep as I was the one who began giggling so hard I nearly wet myself! I’m happy to report, that despite the wacky shower in the bedroom, the makeover was absolutely stunning and the house sold just a few weeks after we were done.

Q: Are you working on any new home projects yourself at the moment?

A: Just before moving to London earlier this year, Marty and I purchased a new property in the Hollywood/Los Feliz/Silverlake area of Los Angeles. It turns out to be more of a fixer than we originally intended, so finishing that project is priority number one. The inspiration for the project came when visiting London last year. We went to a flea market in Stoke Newington and purchased a roll of fabulous vintage wallpaper. From that roll, the kitchen and entire house are based. My goal with this property has been to take ordinary elements and turn them on their ear such as using inexpensive VCT (vinyl composition tiles) and layer them in a herringbone pattern. Elevating the ordinary to extraordinary.

A: I’m such a sucker for stories of people who’ve chased a dream for years and, against all odds, have met their goal. I’m not interested in rags to riches stories, but rather stories of personal, and often times quiet triumph. A rising phoenix squeezes my heart every time. To be fair, I’m inspired by pretty furniture, too!

A: My dream home is a mash-up. Take part exposed-brick, industrial warehouse coupled with a sparse mid-century modern butterfly roofed home and a Futuro spaceship house. Somehow this mythical property is built in a circular fashion with the centre courtyard being open to the sky and there’s a lap pool in the middle. Yeah, I’ve thought about this one for a while now! Know any good architects?

Q:  Have you had any home disasters over the years that you can reveal?

A: Well, not so much a house disaster as much as a house boat disaster. Marty and I bought a 1975 houseboat that we call the Retro Metro. When we bought the vessel she was in fine shape if not terribly attractive. Our goal was to make it a fabulous second home. In so doing, we took down walls and put up new ones… only thing is, we screwed into the fibreglass hull of the boat ever so slightly which (over the course of 7 years) resulted in the wood screws rusting a wee bit and thereby allowing tiny dribbles of water to breach the fractured hull. Not sure if you know this or not about boats, but water on the inside of a boat is never a good thing. We sank… only 3’ but still we sank! Lesson learned: only use epoxy glue when affixing something to the exterior walls of a boat!

A: Boy do I! I absolutely go mad for the seeming simplicity of a Richard Neutra home, the open plan living of Ray Eames’ properties and the butterfly roof concept created by Le Corbusier.  Lucienne Days’ textiles are utterly timeless while Eileen Gray’s furniture was so cutting edge back then and yet stands up to the test of time. Wow, that was a bit of Sophie’s Choice. How do I choose when I love so much?

Q: What are the three best ways to add value to your house through a makeover?

#1 Declutter There’s a reason why estate agents advise to clear out clutter and it’s because less stuff truly is visually impactful for a potential buyer. It makes a space appear as big as possible and also feel effortless. Two things that help sell houses. The best part about decluttering is that it’s free. It doesn’t cost a thing to get rid of stuff.

#2 Get as much light into rooms as possible. Whether that means removing swaggy pelmets and curtains or installing brighter light bulbs, adding light sells homes. Light equals happiness. Everybody wants to move into a place that feels happy.

#3 Add colour. I’m not sure who the person is that has brainwashed the world into thinking “magnolia” sells homes, but I’m here to tell you plain homes do not sell as they simply do not inspire. Colour inspires. Colour catches the eye when people are looking online. Colour creates emotion… and, that’s a scientifically proven fact. People want to buy a property that gives them the right emotion and color is the way to do that. 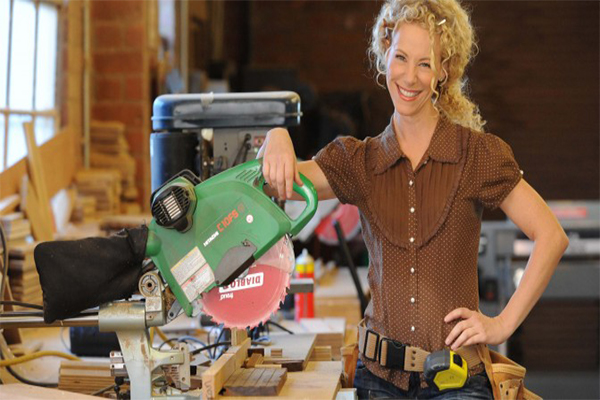