Q. How did you get started?

I was definitely born to be a chef. I was born into a great family of chefs, my father Albert, uncle Michel and cousin Alain are highly acclaimed chefs, and my daughter Emily is following in our footsteps. I decided to leave school at 16 and after leaving Emmanuel, the London school I attended, I wanted to go into the business. My father suggested I start my training in pastry, so in September 1976 I went to Paris to start my apprenticeship under Maitre Patissier Hellegouarche, who was one of the best pastry chefs in Paris. In my opinion, he was the very best.

London is a fantastically diverse city, there’s nothing that you can’t do, or eat, or drink! It’s my home, and I love the energy and creativity of the city.

Q. What hot new cooking trends should we look out for this spring?

Keeping up with culinary trends on a world scale has never been more important. I always like to be inspired by new ideas and ingredients, so I never fully switch off culinarily. It’s my life and an all-consuming pleasure. But the most important thing for me is to eat seasonally and I think keeping to seasonal produce has become stricter and a trend within itself. This spring I’m keeping an eye out for St George’s mushrooms which have just come into season. They’re a strong tasting and strong smelling mushroom with quite a meaty texture that usually begin to appear around St George’s Day, hence its namesake. An ingredient which I have started to see pop up on more and more in menus is wild garlic, which is one of my favourite things to eat.

Q. You have cooked for some of the world’s most famous people, but if you could cook for anyone who would it be?

Napoleon! He was such a character and lived at a time that has arguably moulded France into what it is today. He’s a scandalous one and I would have loved to have create a menu as courageous, passionate and interesting as he was.

Q. Who is your favourite architect?

It would have to be Gustave Eiffel, the quintessential French architect. Eiffel was able to create something so magnificent and timeless that his most famous creation, the Eiffel Tower has become an international icon of France. I like to think that I share the same philosophy when it comes to cooking. I always aim to create something classical, timeless, enjoyable, breath-taking, yet accessible.

Q. What food can’t you live without?

Le pain! There is nothing more comforting than freshly baked bread smothered in rich, salty butter. I consider it to be one of the most emotive smells in any kitchen; it just oozes warmth and comfort. It’s so versatile too with more varieties than I care to think of. You’ll notice that across all cuisines bread is a staple in one form or another, whether offering itself as a useful tool for mopping up hearty stews and soups, accompaniment to charcuterie and pâtés or even as a sweet dessert. It has it all.

Q. If you were stranded on a desert island, what three things would you take with you?

Something simple and quiet where I can clear my thoughts and totally relax. The house would have to be within walking distance to a market abundant with local produce which I can meander and ponder through. Then the evenings would revolve around an open fire probably including the three things I would need on a desert island!

Q. What has been your biggest cooking disaster over the years?

I’ve never had a disaster! With the right attitude, positive outlook and knowledge, you can always turn something around. Besides, I would never kiss and tell! 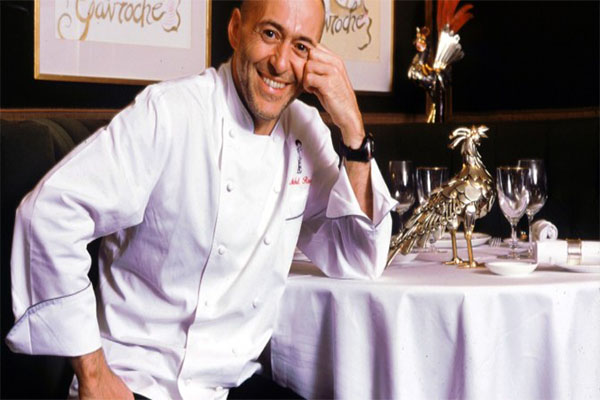