Continuing our new series, Jane Asher, the celebrated British actress and founder of Jane Asher Party Cakes & Sugarcraft, reveals her latest role, her inspirations and three luxuries if she was castaway on a desert island.

Q.  How did you get started?

I was apparently spotted in the street by a film producer when I was around five years old and invited to appear in a film called Mandy. I played the very small part of a deaf and dumb girl, but it was enough to get me hooked and I went on working throughout my childhood in films, theatre and TV. My parents always said I was allowed to keep doing it as long as I kept up my schoolwork. I’ve never understood the bit about being spotted: I was told that it was my long, extremely bright red hair that attracted them – but as the film was in black and white that seems very mysterious…

Q. How long have you lived in London – what do you like about it?

All my life. Architecturally I love the mix of old and new – the dramatic outline of the Shard rising from amongst the lovely old buildings around London Bridge for example. And it goes without saying that the huge variety of galleries, theatres and museums takes a lot of beating. Even the restaurants are among the best in the world, and that’s something I couldn’t have said until a few years ago.

Q. What new projects are you working on at the moment?

Recently I’ve been filming in Croatia and Prague in a US crime series called Crossing Lines, playing a powerful woman very high up in MI6. My scenes were all with Donald Sutherland, who is as charming and clever as he appears on screen. And next week, I start rehearsals on a new play at the Park Theatre in North London – a family drama called The Gathered Leaves. A particular treat for me is that my daughter Katie is performing in it, too: the first time we’ve worked together. Needless to say, I’m a huge fan of hers…

Q. Do you have a dream role you would like to play?

No – I enjoy working on new plays so much that my ambition has always been to keep being offered the opportunity to do just that. And so far I’ve been very lucky and have been involved in the first productions of very many excellent plays over the years, from a couple of Christopher Hampton’s plays to several of those of Alan Ayckbourn. It’s such a treat creating a character for the very first time.

Q. If you could bake a cake for anyone, who would it be?

If I’m honest (and soppy) it’s cakes for my children that have given me the most satisfaction, from their early birthdays onwards (a Hoover cake for my youngest when he was obsessed with vacuum cleaners at the age of four sticks in my mind – at 31 he sadly seems to have lost interest in them…). But if I’m allowed to fantasise, it would be cool to do a cake for Mozart…lots of edible gold involved, and maybe I could cover it with characters from his operas, with musical notes piped in royal icing streaming all over the surface.

Q. If you were stranded on a desert island, what three things would you take with you?

My wedding ring, heavy duty sunscreen – and mascara for when that boat arrives to rescue me.

Q. Who inspires you?

The incredibly brave people who stand up to threats, from those like the women who, against the law, drive in Saudi Arabia, to the whistle blowers who reveal their countries’ use of torture. When you say inspire, though, it implies I use them to inform my own behaviour: I fear I don’t have that much bravery in my make up, but I continue to admire it and attempt to follow them in some small way.

Jane Asher is well known in the UK for her acting, business ventures and writing. She is the founder of Jane Asher Party Cakes & Sugarcraft, 24 Cale Street, London SW3 3QU (020 7584 6177; janeashercakes.com). 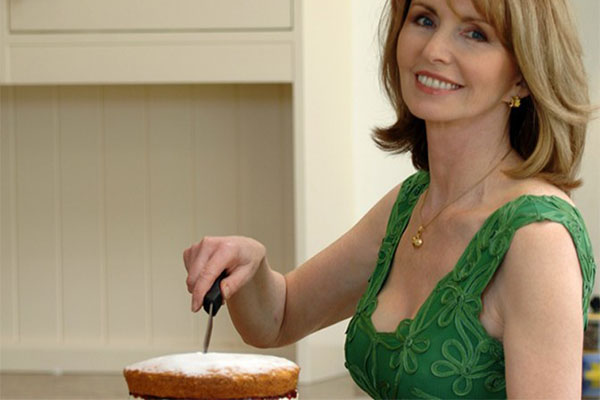