This month, we meet David Avery. The up and coming British actor is famous for a starring role in the hit TV series, The Night Manager. Now, he is back on our television screens in Channel 5’s new comedy: Borderline. He reveals his love of London as well as backstage secrets.

A: I got my first taste of acting when I was 17. Then studied drama for one year at college and loved it, but couldn’t figure out how to make a career out of it yet. So instead, I took a safer route some might say and did a degree in Advertising with Video Production at University. Half way through the course I knew this wasn’t for me and decided to pursue the acting dream! I was working at Homebase at the time, so I took on double shifts, saved my money for an acting course and began auditioning for drama schools. I scored a place at The Central School of Speech and Drama on their Masters course, Acting for Screen. After completing the course, I landed an agent and began auditioning. Eight years later and here I am.

Q: What attracted you to acting?

A: Movies. I’m a huge film nerd. Watching films was my favourite thing to do when growing up. I didn’t believe it could be a career for a long time as there were little to no opportunities where I grew up. However, in 2002 I moved to London and watched a film called ‘Bullet Boy’ starring Ashley Walters. Being in a new city and seeing him on screen inspired me. He represented a guy from a similar background, so I figured if he can do it, so can I.

A: My PlayStation 2, a basketball and some kind of music device.

A: It’s multi-cultural, full of energy and every street is different from the other. When you leave London and return, then you realise London’s a big village. You can go from one side of the city to the other in less than an hour. Being a cyclist, I also love how much more and more it’s becoming a cycle-friendly city. We have some cool food joints and museums, too.

Q: Tell us a little about Borderline?

A: It’s a retro-scripted comedy about border agents who work at Northend Airport. Filmed as a mockumentary style show, I play Agent Tariq Mansoor – he is also a DJ and has dreams of making it big one day. Our main focus making the series was to show regular people doing a tough job and their relationships with each other along the way.

Q: What is one of the funniest scenes in the series?

A: For me it’s a scene from episode two where Tariq and Clive are dealing with two female passengers who have been ejected from a flight because one of them is too are drunk to fly.  The sober friend has slightly taken to Tariq and he thinks he’s in with a chance, but Clive’s social awkwardness takes the whole situation into a weird uncomfortable place.

Q: We loved you in The Night Manager – what did you like about that role?

A: The role was quite different for me. I enjoyed the space to be destructive and menacing. Not to mention the fact that I got to work with Hugh Laurie and Tom Hiddleston – they are outstanding actors. I had to up my game!

Q: What other new projects are you working on?

A: Mostly auditioning for new things at the moment. I just returned from LA and met some really cool folks out there. Hopefully, that will develop into more work.

Q: What would be your dream role?  And if you could star in a movie or TV series alongside anyone, who would it be?

A: Tough question, there’s so many things I still want to do. What sticks out though would be playing a Bond villain. They always seem to enjoy the chaos and always have the coolest kit. My dream for a long time was to work with the late James Gandolfini, but I’d be just as thrilled to star opposite Gary Oldman. He’s one of the best screen actors of our time.

Q: Who is your favourite comedian?

A: Hands down Dave Chappelle. I watch the Chappelle Show over and over still to this day. It never gets old.

Q: Who inspired you in life?

A: I would have to say Richard Pryor. A man with many demons yet he was able to exercise them through the art of comedy and acting. I’d say I’m quite the introvert and so was he, yet he managed to inspire a whole generation with his skills.

A: I’m a simple guy, I don’t want an enormous mansion. A bungalow in a hot climate would be nice. It would have to be bright and surrounded by as much nature as possible. Ideally, I’d want a good size BBQ area for guests and a basketball court.

Q:  Have you had any home disasters over the years?

A: The gas to my whole building was out for two months a few years ago. The council provided us with electric hobs for the time being. I soon came to learn the hard way that these things go from zero degrees to a thousand in an instant! I was trying to heat some oil to cook some chips one evening and the oil heated up so fast and overflowed onto the hob that it set fire. The flames were huge, but I managed to put them out quite quickly with a towel and lots of whipping.

A: I’m an avid viewer of Grand Designs. Kevin McCloud gets a thumbs up from me. Also a big fan of Jacque Fresco, great designer and thinker who deserves more recognition.

Q: What advice would you give to anyone who wants to get into acting?

A: You have to love the craft. Chances are you won’t make a living from it for a while and it’s a turbulent career. You have to be content with just doing it. Align yourself with other actors and creatives that share your vision. Use every resource available to you such as social media. I have to admit, it took me a while to embrace them and they are overcrowded, but these are free platforms to get on peoples’ radar. If you persist and demonstrate passion for what you do, eventually the right people will notice and the work will come to you. 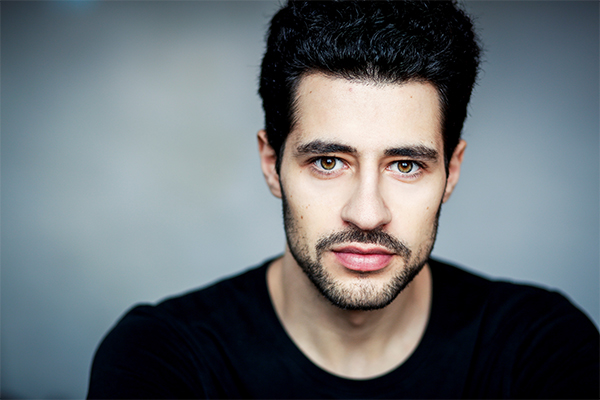