Q: How did you get started in the world of adventuring?
A: A well-trodden path: Scouts, Royal Marine cadets, Army officer, adventurer!

Q: If you were stranded on a desert island, what three things would you take with you?
A: My wife, my son and a machete.

Q: Tell us a little about the new Left for Dead series?
A:  It’s ‘Man vs Wild’ done for real. It’s a huge step up in terms of survival challenge on the move and it takes self-filming to a new level with my own drone.

Q: Describe your dream home?
A: I live in it. It’s a Grade-II Listed grange in Hallaton, Leicestershire. I have maybe ten mates (from rugby and school) who live in the village and they all have family now. One owns the pub, which is handy/dangerous.

Q: What do you like about London?
A: Laura (my wife) and I met when I was living in a flat just south of Battersea Park. We loved it and enjoyed being able to walk across the bridge and be on the King’s Rd. It’s my plan to buy in London again, but I need a couple more successful TV series on Discovery Channel first!

Q: If you could go on an adventure with any famous person – who would it be? And where would you go?
A: I think I’d choose Prince Harry. I was meant to lead an expedition that he was going to be a part of during his gap year, but he had loads of media attention during the Rugby World Cup in Australia and his plans changed. I admire what he’s done for wounded soldiers and he seems like a down to earth bloke.

Q: If you could go back in time – which year would you choose?
A: 2003. Rugby World Cup final in Sydney. And I might have a little bet on Jonny Wilkinson dropping a goal to win the game in extra time.

Q: Who are the most inspirational people in your life?
A:  My son and my wife. Both teach me daily to stop trying to control everything and to relax. I need those lessons more than anything else.

Q: Have you had any DIY disasters over the years that you can tell us about?
A: I made a flat in Kentish Town all open-plan and cool. Then when I came to sell it, I realised that I needed building regulation consent and they ended up making me put the wall back.

Q: Looking back – what has been the highlight of your career?A: Walking the Amazon. Everyone told me it was impossible and that I would die. They were wrong.

Q: What advice would you give to anyone who wants to break into the adventure business?
A: The boring answer is that they should build up their skills (navigation, ropes, canoeing etc.) but the more inspiring answer is to come up with something that excites you to the point of nervousness and just commit to doing it. Tell everyone that it is happening and somehow it just will. It worked for me anyway. 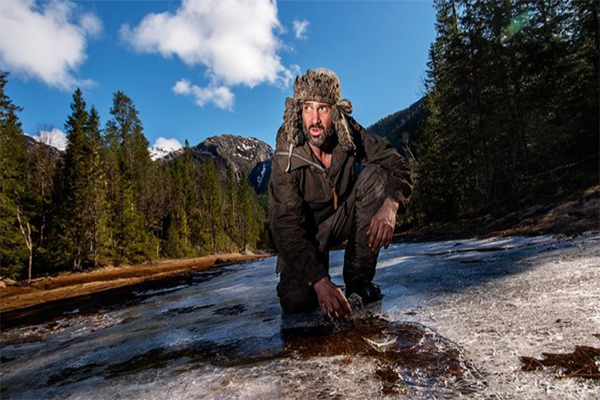