What’s happening to the London property market? It is a question everyone is asking in the wake of the Brexit vote and, as always, the answer depends on which statistics you choose to look at.

In terms of transactions, July, the first full month after Brexit, has been pretty quiet, but then July is always quiet with the summer slowdown, so there is absolutely no cause for alarm in that. Rightmove recorded a fall of just 1.2 per cent in asking prices during the course of the month – entirely in keeping with normal seasonal patterns.

Yet once the cut in interest rates announced by the Bank of England at the start of August starts to take effect, there is no reason to think that something close to normality will not return to the market in the autumn.

Looking further ahead, most experts seem to be expecting prices in the capital to slow down rather than go into reverse in the medium term. The Royal Institute of Chartered Surveyors has predicted that house prices in London will rise by four per cent a year on average over the next five years. It is a smaller rate of increase than we have seen in recent years, but that is not necessarily a bad thing. Markets thrive on stability. People hate it when property prices yo-yo.

As practitioners, we trust our own experience, not all the crystal ball-gazing. And here at Henry & James, we have achieved sales of between £1.5m and £15m in the period since the vote for Brexit. We remain positive about the next six months.

It is clearly a buyers’ market and buyers are certainly out there. Some sellers cut their asking prices to be sure of sealing a deal. Yet how much of that was caused by post-referendum jitters and how much by the hike in stamp duty in April, which was already starting to impact on prices at the top end of the market? Who knows?

However, lettings, as they always do when things are a bit quieter on the sales side, have been booming. We had our best June on record, and there has been no let-up in July and August.

In a nutshell, despite alarmist talk in some quarters, the central London property market is in rude health, and we would confidently expect that to continue, with no more than modest post-Brexit repercussions.

* For advice on buying, selling or moving to the area, contact Henry 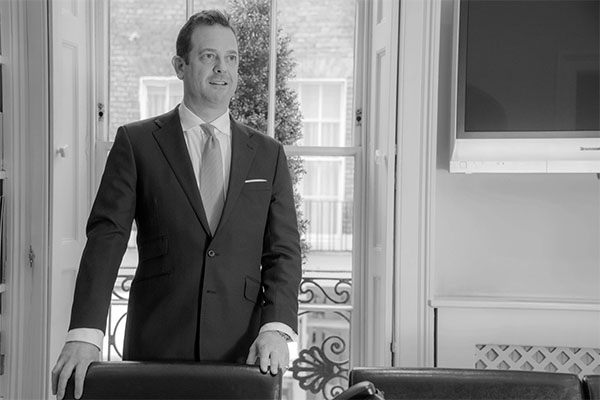