London mayoral election: what does it mean for property?

With one week to go until the London mayoral election on Thursday 5 May, attention is starting to focus on the housing policies of the two main candidates and how those policies might impact on the London housing market.

Both Zac Goldsmith, the official Conservative candidate, and Sadiq Khan, the official Labour candidate, are committed to tackling the issue of under-supply in the capital. They are in agreement that 50,000 new homes a year need to be built in London – but remember fewer than 30,000 a year have been built while Boris Johnson has been Mayor. Both candidates also want to see more brownfield land earmarked for development. But thereafter their priorities diverge.

Zac Goldsmith intends to focus on medium-density, low-rise developments targeting those on average salaries. His priorities chime with those of the campaign group Create Streets, which wants to see a revival in the kind of terraced streets popular in Edwardian times. Another key plank in Goldsmith’s manifesto is his plan to give communities greater say in the kind of housing developments that are built in their area.

Another of Goldsmith’s proposals, of particular relevance to people living in London, is to triple the number of ‘pocket parks’ in the capital, ensuring that every Londoner lives within ten minutes’ walk of a green space.

In the private rented sector, Goldsmith wants to protect tenants against rogue landlords by introducing more long-term tenancies, with three-year leases as standard, while Khan is seeking powers to limit rent rises.

Sadiq Khan has put affordability centre stage and is proposing a 50 per cent affordable housing target for new developments. He is also planning to introduce a London Living Rent, linked to a third of average incomes, as another tool for ensuring that new homes pass the affordability test.

How Londoners weigh the attractions of the rival candidates’ proposals will probably depend on their own housing circumstances. But given the Mayor’s power to influence planning strategy in the capital, housing is likely to be a key factor in deciding next Thursday’s vote. 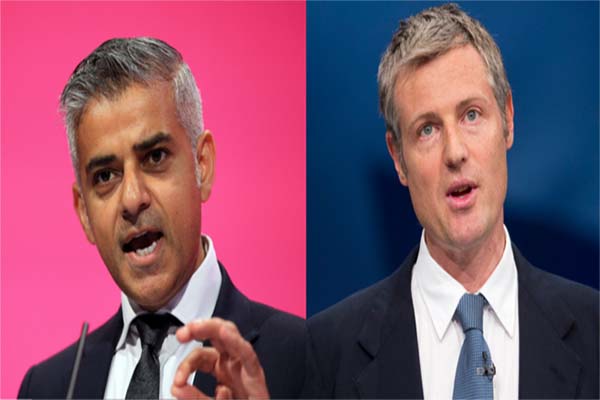