We all love a festive film! Cinemas suit these long, chilly winter evenings, and more and more enterprising movie enthusiasts are catering to the audience’s imaginations. We’re seeing theatrical screenings in immersive surroundings, interactive events and ever-increasing extras such as blankets and brownies. Here are some of the more festive new releases, plus pop-up cinemas across London offering heart-warming favourites.

For hardy souls, Hush continues its Sunday-night al fresco screenings, Classics In The Courtyard, London W1S. Cosy blankets are provided and you can snuggle down with a hot toddy to see Miracle on 34th Street on December 17 and Love Actually on Christmas Eve. This Mayfair venue provides complimentary popcorn and a full a la carte menu.

Backyard Cinema is a project that started in somebody’s back garden. Now it moves around, showing films in a variety of London locations indoors and outdoors. Intricate sets are built to give viewers a fully immersive experience. The Winter Night Garden (Clapham Common) is entered through a wardrobe and tunnel of trees leading to an enchanting woodland setting. The Snow Kingdom is hidden in the secret ice caves of Borough. Not many shows left unbooked, though, so hurry.

The well-loved bear from Lima spreads a little marmalade around London for Christmas. Now living happily with the Browns, he’s on a mission to find a present for his Aunt Lucy’s 100th birthday. An evil Hugh Grant steals the book he had his eye on, and frames the innocent bear. This sparks an incident-filled escapade across the capital. So don’t miss this feel-good festive offering which, reviewers say, is even better than the original.

To enjoy the films on show at the Prince Charles Cinema just off Lisle Street (Soho, WC2H), you have to be a member – but membership fees are just £10 for the year. Every week, one selected film will cost members just £1. Forthcoming highlights include a sing-a-long matinee version of Frozen on December 17 and lots of opportunities to dress up and see a quote-a-long version of Elf pre-Christmas.

The Man Who Invented Christmas

What could be more Christmassy than The Man Who Invented Christmas? This new release stars Dan Stevens (of Downton Abbey fame) as Charles Dickens. The young, and rather dandy, author is facing a bleak Christmas. He has to produce a seasonal story and only has six weeks to do it.  Inspiration pops up all around him, the tale is written in the nick of time and Dickens makes peace with his family. At cinemas across the nation now.

For a swanky seasonal outing, try a Festive Film and Fizz night at One Aldwych, London WC2B. White Christmas is showing until December 18 and then “It’s A Wonderful Life” until Christmas. Watch the film with a glass of bubbly in the exclusive Screening Room, followed by dinner in the Indigo restaurant.

This all-singing, all-dancing spectacular leaps onto a screen near you from December 20. It’s the story of the legendary showman PT Barnum, who wowed 19th century American with his travelling circus. Known both as the Shakespeare of Advertising, and the Prince of Humbugs, larger-than-life Barnum is played by Hugh Jackman. Enjoy the music and magic – Christmas time is show time.

All the Money in the World

This movie is scheduled to be released on December 22. The story follows billionaire John Paul Getty’s run-in with the mafia who kidnapped his grandson in the 1970s. Not very Christmassy, maybe, but it should be a good film, nonetheless.

Murder on the Orient Express

Christmas wouldn’t be Christmas without at least one Agatha Christie. Lashings of port and lemon, sumptuous food and a nostalgic whiff in the air. Kenneth Branagh’s Poirot sports a Movember Moustache, and the rest of the cast are the regulars you couldn’t be without for the festive season. Dame Judi Dench, Olivia Colman, Johnny Depp, Derek Jacobi, Michelle Pfeiffer are on the all-star menu – and that’s just for starters.

Pop Up Screens have a blizzard of Christmassy films on offer in Hackney. They promise snow, although the screenings are indoors (they present outdoor shows in summer). Seating is provided and the venue has an alcohol licence, so don’t bring your own. Arrive early to enjoy the bar and the snow, or a warming hot chocolate. Seasonal movies include Elf, Bad Santa, Home Alone, White Christmas and Love Actually. 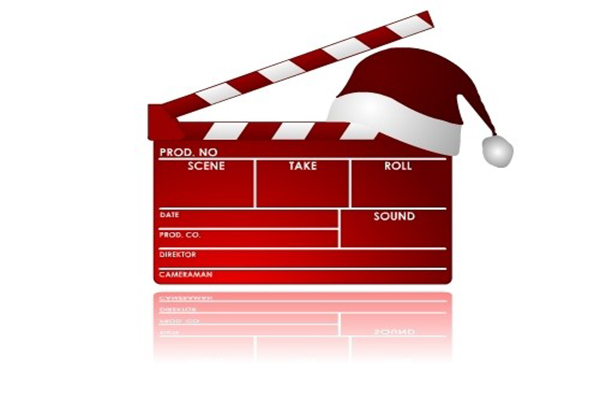