How will the Federal Reserve interest rate increase affect the London property market?

When the Federal Reserve decided to raise US interest rates to 0.25 per cent in December, it took some analysts by surprise. They had expected that Britain would raise its rates before the States, not the other way around.

The American move will increase expectations that the long-awaited rise in rates in this country will come sooner rather than later. Historically, interest rates in the States and the UK have tended to move in tandem. But Mark Carney and the Bank of England’s monetary policy committee, which sets rates, are not likely to be stampeded into early action.

For one thing, they may want to see whether the US move on rates will have the desired ‘lift-off’ effect, with staggered further rate rises, perhaps as many as four, throughout 2016. Some experts are already suggesting that the US economy is so fragile that this strategy may be over-optimistic – and that the Federal Reserve may even have to go into reverse later in the year, pulling back interest rates again.

There are also significant differences between the two economies, in particular their respective property markets. In Britain, variable rate mortgages, pegged to interest rates, have become so popular that more than half of home-owners now have such mortgages. In America, they are far less common.

That means, of course, that even a small rise in interest rates will have a proportionately greater impact on household budgets in this country than in the States. At present, the average annual mortgage bill is £3,625. That would increase by £297 after an interest rate rise of just a quarter per cent.

One part of the property market that could be most vulnerable to precipitate a rise in interest rates is the mortgaged buy-to-let sector. With the rise in stamp duty on buy-to-let properties scheduled for April, a hike in interest rates at the same time could be a double-whammy of rare ferocity. But many experts don’t expect interest rates in the UK to be increased until the end of 2016 or possibly 2017. If correct, good news for those who want to leap onto the buy-to-let ladder.

A rise in UK interest rates cannot be deferred indefinitely, but there are so many reasons for the Bank of England to proceed cautiously that a knee-jerk response to the pre-Christmas move by the Federal Reserve seems unlikely.

And if past performance is any indicator of the future, then London will continue to be a safe haven among world property markets. 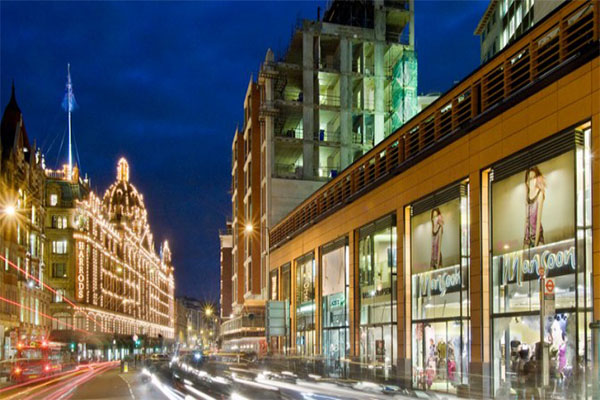