Few London boroughs compare with Belgravia. On the outside, it is classicism personified, with its elegant terraces and squares. Yet it has many attributes of an urban village, with a friendly ambience, local shops and good schools.

Known as one of the most exclusive residential areas (along with its close neighbour Chelsea) Belgravia has been a magnet for wealthy Londoners since it was first laid out in the early nineteenth century. Its location adds to the overall appeal: Belgravia is tucked between Buckingham Palace and Knightsbridge. Thomas Cubitt, the master builder, ensured the architecture was second to none back in the mid- 19th century. His style stands out at both Eaton Square and of course Belgrave Square.

The best of Belgravia – effortlessly stylish, architecturally flawless – it’s one of the best London boroughs.

Belgravia’s great squares – notably Eaton Square, Lowndes Square and Belgrave Square – are addresses known around the globe. However, there are plenty of lesser-known streets which attract house-hunters as they have so much to offer. Areas worth targeting include Kinnerton Street, handy for Waitrose, and Wilton Crescent, which has some great little hidden pubs in the vicinity, but there are many more.

From stunning garden squares to discreet cobbled mews, Belgravia covers the gamut of desirable London residences. The signature Belgravia property is a white stucco-fronted terrace, with a high-ceilinged drawing-room, dating back to the Georgian or Victorian era. However, there are many handsome Edwardian mansion blocks with surprisingly spacious apartments, too.

There are tube stations at Knightsbridge and Hyde Park Corner, on the Piccadilly Line, and Sloane Square, on the District and Circle Line. Good bus routes into central London include the 137, 22 and the 19.

Where to eat and drink?

Foodies are spoiled for choice in Belgravia, whether their taste is for French haute cuisine at Koffman’s at the Berkeley (www.the-berkeley.co.uk) or cutting-edge Basque dishes at Ametsa with Arzak Instruction at the Halkin (www.comohotels.com). The Fine Cheese Co. (www.finecheese.co.uk) is a new addition on Motcomb Street.

The pick of the old Belgravia is probably the Star Tavern (www.star-tavern-belgravia.co.uk) on Belgrave Mews, which has hosted everyone from Peter O’Toole to the planners of the Great Train Robbery.

Is it right for you? Three good reasons to buy in Belgravia

The bottom line: thinking of buying?

The bottom line: thinking of renting?

And finally… views from our experts

“Belgravia will never fall out of fashion. Property prices may fluctuate, depending on the market, but the area is steeped in so much history, diversity and culture that people who buy here tend to stay for years. Like generations of Londoners before them, they have caught the Belgravia bug.’”

“Belgravia’s property prices will always make it an exclusive address. Yet, like a top fashion designer, its’ style stands out across the world.”

Our philosophy is to put the customer first. This principle was paramount when Henry Brahm launched his lettings agency in the 1950s. Today, we stay true to our founder’s principles. Customer service really is our number one priority. 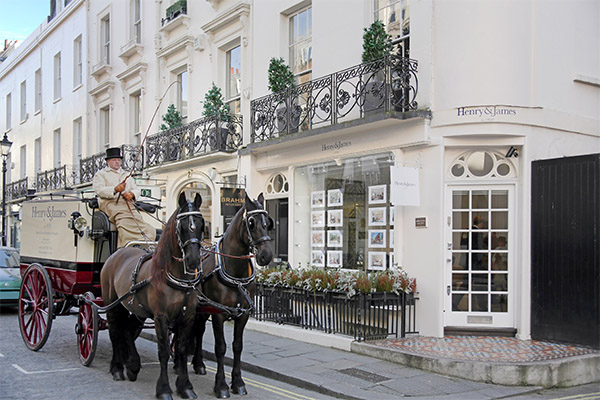