At home with Caroline Carver, author and rally driver

We talk to one of our most prolific authors to date. Caroline Carver has written nine books and is about to release her tenth, Know Me Now, in mid-December. Here the rally driver and award-winning author gives advice for anyone who has a burning ambition to write their first novel and learn how to boost their creativity.

Q: Some people eat chocolate to help boost their creativity. Do you have food that helps you write or a favourite place or time of day, where the words just flow?

A: I drink tea. Buckets and buckets of tea. I have an office with fabulous views and people think the beauty of it must inspire me, but I find train journeys much better for creativity. My office is where I hammer the story out. Trains are for plotting.

A:  A stone country cottage with views from every window, oak beams, stone floors, an inglenook fireplace, overstuffed sofas and an Aga. Sort of rustic but cosy and chic. A bit of a community would be nice because if I lock myself away writing I go a bit mad. Oh, and I’d like loads of walks from the front door and a really good pub close by.

A: An endless supply of pen and paper. Can I have a library?! I’m a voracious reader, but since I think a library’s probably out, and my first “how to” book led me to success, I think I’ll take a copy of How to Survive on a Desert Island.

A: The energy of the place. The vibrancy, the diversity, the beauty and ugliness, the wealth and the poverty. I find it stimulating and incredibly creative, with ideas on every corner.

Q: How did you get started in the world of writing?

A: I fell into writing thanks to following my dream: to drive from London to Saigon.  On my return from the 14,500-mile journey, I was asked to write an article for Car Magazine, so I trotted to my local Waterstones and bought a book How to Write and Sell Travel Articles. It was probably the worst article I ever wrote, but it got published and, amazingly, I got paid.

I enjoyed writing the feature so much I approached other magazines and newspapers with my story and ended up becoming a bit of a local celebrity. Eventually all this publicity led to my becoming a travel writer which eventually led me to writing my first novel. I was naïve enough back then to think it was all going to be brilliantly simple!

Q: If you could interview any celebrity – who would it be?

A: Bruce Parry. He’s an adventurer and an award-winning documentarian, but after seeing him speak at the Wilderness Festival I’m more interested in his thoughts on how we as humans need to change our thinking in order to protect indigenous people as well as our planet.

Q: Tell us a little about your new book. What were your inspirations and how long did it take to write?

A: Know Me Now is a story about long-life friendships, made in childhood and matured over decades, and what, if anything, might cause those friendships to break. I wanted to explore loyalty, and what friends might do when the chips are down.

Personally, I found myself on the horns of a dilemma when a friend of mine turned up on my doorstep wanting to hide from the police. It turned out they were an addict – which I’d had no idea about – and had broken into an office to steal money.

My friend was a mess. I brought them in, made them a cuppa, and talked. Boy, did we talk. I was fortunate that I didn’t have to call the police because my friend turned themselves in. But if they hadn’t… what would I have done? How would I have felt if I’d called the police, or if I’d continued to harbour a criminal?

These questions inspired the friendships in this book, between a group of four people who’ve known one another since they were toddlers and are now adults, with kids of their own.

A: 1998, when I drove from London to Cape Town. It was before the Internet as we know it today – I’d only just been introduced to email! I had no Satnav in the car, just a compass; getting lost was part of the adventure. If I’d had Google maps it wouldn’t have been half as much fun.

A: You’d think being a rally driver I’d be immensely practical but the opposite is true and I have to rely on friends or professionals to fix things! When I took down all the pictures in my house for it to be redecorated, my lovely decorator couldn’t believe the mess I’d made putting them up.

A: I don’t base any of my characters on real-life people. For example, my main protagonist Dan Forrester isn’t based on anyone in particular, but his characteristics come from a variety of people I’ve met over the years, like the Scene of Crimes Officer who unwittingly gave me the first three chapters for Know Me Now.

A:  Frank Gehry. I had lunch in the Marqués de Riscal Vineyard Hotel last year and fell in love with all those swooping curves that captured the sky.

Q: What is the most important room in the house for you?

A: The kitchen. After a long day of writing or researching, I find cooking relaxes and decompresses me.

Q: Looking back at all your books – which is your favourite?

A: Blood Junction. It was my first and I had all the time in the world to write it without anybody telling me what was selling and what I should be writing! It was a real joy, and I think it shows because that’s the book that snaffled the CWA Debut Dagger.

Q: What advice would you give to anyone who has a burning desire to write their first book?

A: WRITE. Just do it. Sit down and get started. It doesn’t matter if you think it’s rubbish, just keep going and before you know it, you’ll have a chapter, and then another.  And another . . . 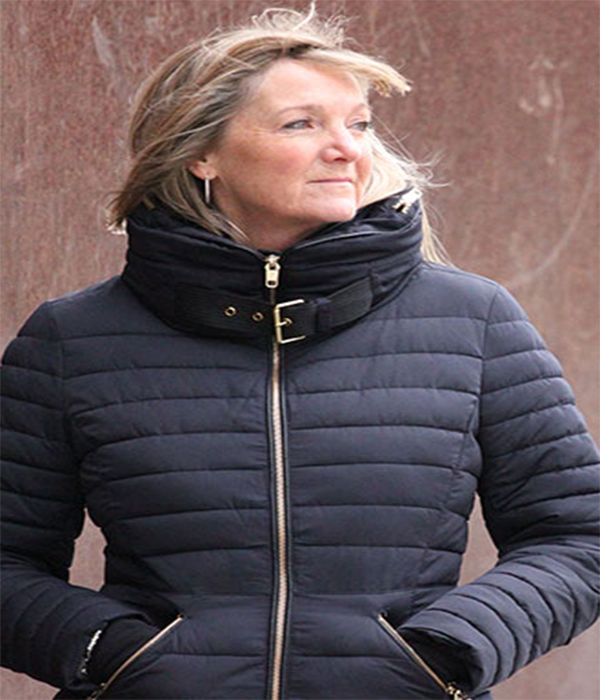