A blast from the past: a voyage of discovery in SW3

We celebrate life in Chelsea through photographs taken by local residents. Catherine Bell, recollects moments from the past around SW3.

Everyone dreams of going back to their roots, but few of us achieve it. Catherine Bell was a bit more adventurous than many. The mother of five has lived everywhere from Papua New Guinea to the South of France on a houseboat. Yet she didn’t realise that her life began in SW3.

“I told my mother that I had moved to Elystan Street and immediately felt at home,” says Catherine. “Then my mother explained that I was born in Chelsea, where we lived fifty years ago. I was like a homing pigeon returning to my roots.”

It soon became clear that she had lived just a few doors from her current home in the same street. Her mother had not told her. Now Catherine and her mother, Jillian Langley, bring the past to life.

Catherine’s parents took pictures, which show a happy childhood across the borough. They stored the photographs in her grandfather’s trunks from India and an old picnic basket. And here, for the first time, the photographs are shared:

Chelsea Green in 1962 is remarkably similar to today. The two triangles of grass still sit beside the railings, while Cramner Court is towering in the background. But back in the Sixties, a couple sat on a bench, engrossed in conversation. Were they discussing last night’s television or simply setting the world straight? We can only imagine. A woman in the distance crosses Elystan Street as an Old Morris Minor (unveiled at the Earl’s Court Motor Show in 1948) is parked, waiting for its owner.

“This is my father, Timothy Langley, holding me in Petyward,” explains Catherine. “My mother would push me along King’s Road in my pram. The people were friendly and would stop to look inside the pram. They always found the time to say ‘hello’. We would shop at Sainsbury’s on King’s Road, which was just a small grocery shop then.” This photograph was taken in Petyward in 1962.

Would Catherine swap her city life for a life in the country? She has tried it, but London holds its enduring appeal. “I have no intention of leaving. It’s about rooting yourself to an area – Chelsea grounds me with its sentiment from the past. I meet new people in Finns the delicatessen [Chelsea Green] and we talk about their new babies.”

Maybe not much has changed in the past fifty years. Community spirit is alive and kicking in the Royal Borough.

Homing pigeons seem to have a built-in A-Z in their brains. They are natural navigators finding their way home. For us, it is a desire to live in an area, where we love, laugh and flourish. 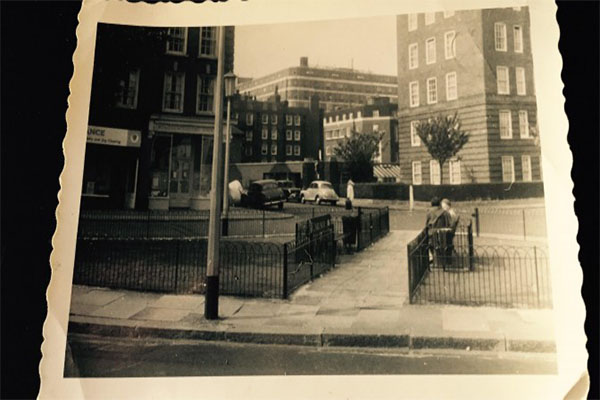