As we enter the 2019 property market, canny investors are homing in on bargains, writes James Bailey, Chief Executive of Henry & James.

Some property pundits may be gloomy about the 2019 housing market, but not us. It is a time for opportunities, time to monitor the market and to look at the bigger picture.

The situation is slightly reminiscent of the period that preceded the Millennium Bug in 2000. The time passed. The world moved on. It will be the same with Brexit.

At the moment, property prices are flat, up 1.5 per cent in the year to October, according to the Halifax. Most experts are expecting a similar pattern in 2019. Yet on the ground, the situation looks anything but gloomy.

Even as the clock ticks towards 29 March, the date of our official departure from the EU, we are still getting motivated buyers and would-be buyers through our doors. They have worked out that, with the pound having fallen, they are getting good value for money and will be able to cash in when the pound increases again later – as it always does.

Yet if property prices are broadly static, lettings have been correspondingly strong. Looking back at lettings in 2018, it was a strong year for the rental market as a whole, generating revenue for landlords and ensuring that their properties remained the focus of interest.

And the key point, the one which sometimes gets lost in the fog of speculation about Brexit, is that when an exit deal is signed with the EU, perhaps sooner rather than later, the impact on the property market will be immediate. It is likely to produce a fillip after the uncertainty of the past years.

However, the Brexit endgame plays out, we are confident that, in the course of 2019, the prime central London market will reveal its resilience. Investors will keep faith with what remains a priceless asset – a property at the heart of one of the world’s greatest cities.

– Contact Henry & James for a free property valuation, or to let your home on Tel 020 7235 8861 or email: belgraviaoffice@henryandjames.co.uk. 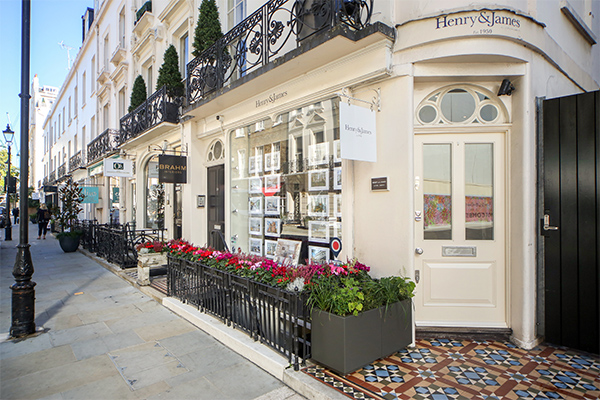